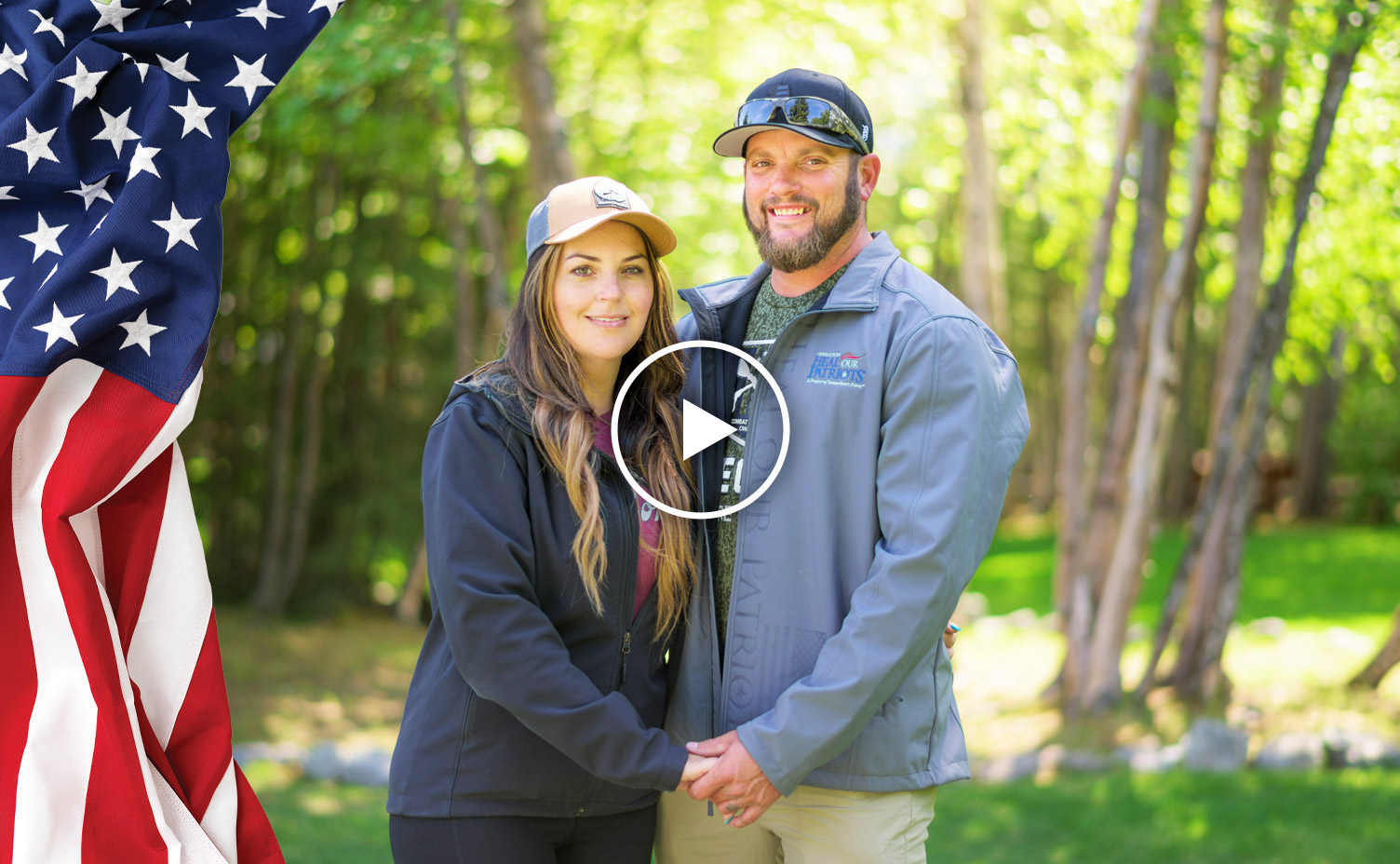 "It Was an Answer from God"

Army Staff Sergeant Sean Karpf and his wife, Brandy, were desperate for help when they arrived this year at Samaritan Lodge Alaska for a week of Biblically based marriage enrichment through Operation Heal Our Patriots. Their relationship was on the ropes, as they had struggled for years with various challenges, especially from Sean's combat injury. Sean, who received a Purple Heart after losing part of his left leg to an IED in Afghanistan, and Brandy both paid close attention in chaplain-led marriage classes and enjoyed wilderness excursions together.

They soon realized they needed God at the center of their lives and marriage. Brandy recommitted herself to growing in Christ, and Sean received Him as Lord and Savior and was baptized in Lake Clark.They also publicly rededicated their marriage, alongside five other military couples.

“This trip saved us,” Brandy said. “It was an answer from God.”

Read More of Their Story

Therefore what God has joined together, let not man separate.
Mark 10:9